Tracie Wright Vlaun
Past to Present

After being discovered in an Atlanta Mall at the age of 14, Tracie a began career in modeling. Soon after she began to explore the wonders of the industry by traveling to abroad to breathtaking backdrops like Cape town, South Africa, and Hamburg, Germany to soon find herself settled in Miami Beach as an ELITE model and actress. At the time, only a handful of African American Models including Niomi Campbell and Tyra Banks were thriving in the market. These early role models paved the way allowing Tracie to establish a name for herself.

Along the way after shooting the cover of Elle magazine and touring the working model circuit around Europe to NYC, LA, and Chicago, Tracie began expand her talents and interests with a love for yoga and sense of center. In the early 2000’s Tracie debuted in popular TV shows from Travel Channel, WWE, and MTV. Upon her entrance to the Reality TV world she was exposed to the chaos created around the drama and facade that comes with Reality TV. In order to create her personal equilibrium she turned to yoga as her exile. While balancing a hectic schedule along with the demands of the industry all was met with the added challenges of self-esteem, power, and personal center.

In addition to the common challenges that the modeling and TV world presents, there is an added challenge with being positioned as the “token” figure African American. In order to escape from the typical stereotype of the “token”, Tracie immersed herself further in yoga and exercise.

Along her journey as a classically trained musician, pianist and violinist, Tracie utilized her proficiency of sound and movement to create and develop AEROGA®, a mastery of movement
derived from yoga and multiple modality bodyweight exercise – harmoniously driven by the musical journey. The unique training system is the perfect blend of Yoga, dance, breaking, power moves, Pilates, core and interval training. Infusing her impactful music selections allows her cliental to connect with the rhythm and breath to open to the individual healing techniques that have been passed down for generations

Tracie began teaching her private Aeroga practice in a small studio her back yard. As Aeroga began to gain more popularity, Tracie developed V Art of Wellness, a holistic fitness brand that provides the most unforgettable Aeroga, yoga and outdoor fitness experiences at some of the most sought-after locations in North America. In 2014 her business grew to achieve Forbes 5 Star for an exceptional fitness experience. Today she is a founder of one of the fastest growing African American owned businesses in Miami Beach.

Currently, Tracie and her husband raise their three beautiful children in Miami Beach. When asked, “what is your mission in this life Tracie?” She replies, “to help people rise out of shame, pain, anger and self loathing – I want to help create empowerment for people to go within themselves and create love. Luv you, Luv me, Luv yoga” 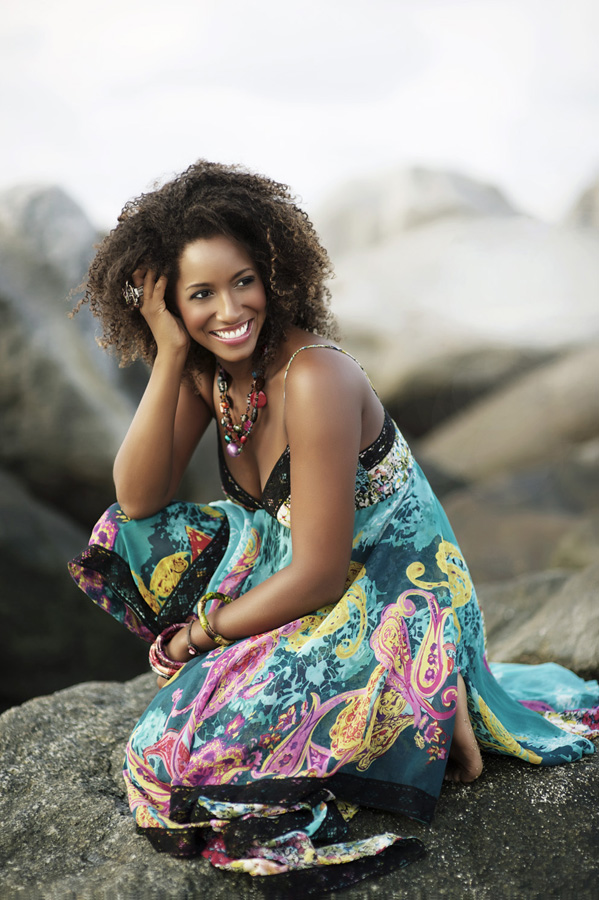 Noted “The Future of Fitness” in Departures Magazine, along with recent features in The Wall Street Journal and Miami Herald, Christopher is inspired by the outdoors and it’s natural elements.

Over 15 years of exploring a vast variety of training methods from athletic performance, strength conditioning to power yoga, biomechanics to exercise physiology, and the pillars of functional training. Christopher Vlaun is an innovator in the natural outdoor fitness arena. He has redefined the approach to the health and fitness field with his innovative natural training philosophies, and is a passionate motivator and creative who shares from his heart and personal experience.

Christopher utilizes outdoor elements, specifically the beach, as the integral component to achieving natural health and fitness goals. A renewed overall balance and lifestyle is the by-product. His balanced fitness system called the AEROGA METHOD derives from a body-mind-spirit connection through a blend of East meets West training philosophy.

Christopher has experienced a life of loving fitness and design, and his philosophy is that we have an opportunity to strive to our full potential of the authentic self, and the results can be long term and life changing. Today he lives in Miami Beach and continues to help thousands of clients find the motivation to transform their own lives. When Chris is not in Miami you may find him teaching retreats in the Caribbean, Cabo or an amazing mountain town in the American West.